Urge EU Parliamentarians to end the criminalization of migrants

Write to European Parliamentarians to urge them to act and end the criminalization of migrants. Over the last ten years, the Greek Coast Guard and European Frontex have systematically arrested anyone driving boats ferrying migrants across the Mediterranean. Thousands have been arrested and are being held without access to legal remedy in detention centers and prisons, either serving their lengthy sentences or awaiting their trials. The imprisoned will most likely be convicted without a fair trial and a lack of evidence.

Copy the letter below and send it to your Parliamentarian at the European Parliament.

CPT-Aegean Migrant Solidarity (AMS) and its partners have observed 48 trials of 55 persons on the islands of Lesvos and Chios from 2014 to 2019. Each of these persons has been accused of human smuggling. According to the prosecutors, they were either seen or assumed to be steering a boat that transported migrants from Turkey to the Greek Islands. The accused include construction workers, cafe workers, and travelers, most of whom speak Turkish, Farsi, Arabic, or Kurdish, originating from various countries.

According to the Hellenic Ministry of Justice, in 2019, 1905 persons (pre-trial detainees and remand prisoners) accused of human smuggling were kept in Greek police stations or prisons and represented 20% of the prison population in Greece.

The Greek justice system systematically violated the right to a fair trial outlined by The European Convention on Human Rights in the cases observed by AMS, particularly articles 5 and 6 of the ECHR. In many of the trial proceedings observed by AMS, the accused were convicted with sentences exceeding a human lifetime—even persons convicted of murder have shorter terms of incarceration. The average duration of the 48 trials was 38 minutes, the longest being 75 minutes and the quickest, just 15 minutes. The accelerated process does not allow for a careful examination of the evidence or the witnesses, nor is there sufficient time to prepare a defence respecting the defendant’s circumstances. In seven joint trials – where two or more individuals are tried together – individuals received the same sentence without assessing their individual guilt and without regard to the nature of their respective defences, despite the differences in their cases and motivations.

AMS observed a systemic failure to provide proper legal representation of persons accused of human smuggling. According to testimonies collected by AMS, many accused did not even know the charges against them—a clear violation of Article 6(3) of the ECHR. Many of the arrested spend one whole year in detention without legal counsel or the ability to inform their families of their whereabouts (telephone services are not free of charge for detainees). Lawyers provided by the bar association usually meet the accused, for the first time, at the courtroom on the day of their trial.

The trials were conducted in Greek with inadequate or inappropriate interpretation, making it nearly impossible for the accused to understand their own trial. One accused told AMS that his interpreter did not even speak his language. The case of Come E. M. (Chios, 18 October 2016) is a tragic example. When Come E. M. requested a new interpreter because he did not understand the interpretation, both the public prosecutor and the judge rejected the request. He was sentenced to 86 years in prison.

The account of one single witness, usually a member of the Greek Coast Guard, is the basis of many convictions. Often, the witness will claim to recognize the defendant from an event or arrest that happened months ago, even if the witness was not involved in the arrest. Additionally, in several cases, the court refrained from investigating allegations of beatings by the Greek Coast Guard or Greek police brought by the defendants. 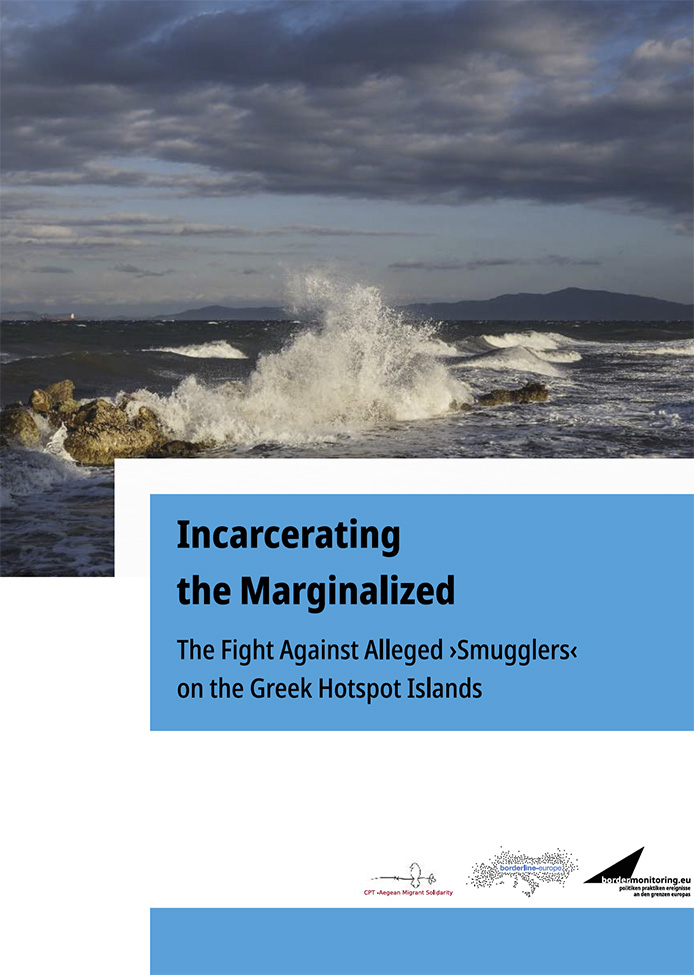