The difficult work of building peace in Colombia

The peace agreement signed between the government and the FARC-EP guerrilla group has become the favorite battlefront for the opponents of the peace process. Since the implementation of the agreement in 2016, the rural territories most affected by half a century of armed conflict continue to be afflicted by it without an end in sight. While the peasant farming communities’ rights continue to be violated daily, more than 130 social leaders have been assassinated this year alone. Colombia remains one of the most dangerous places to be a human rights defender.

Join our partners, Rocio Campos and Carlos Morales, human rights defenders from the middle Magdalena river valley, and Northeast Antioquia region of Colombia as they talk about their work and people’s struggle. They will be sharing their experiences of active non-violent organizing and talking about the current realities in these expansive regions that have been deeply affected by the armed conflict. 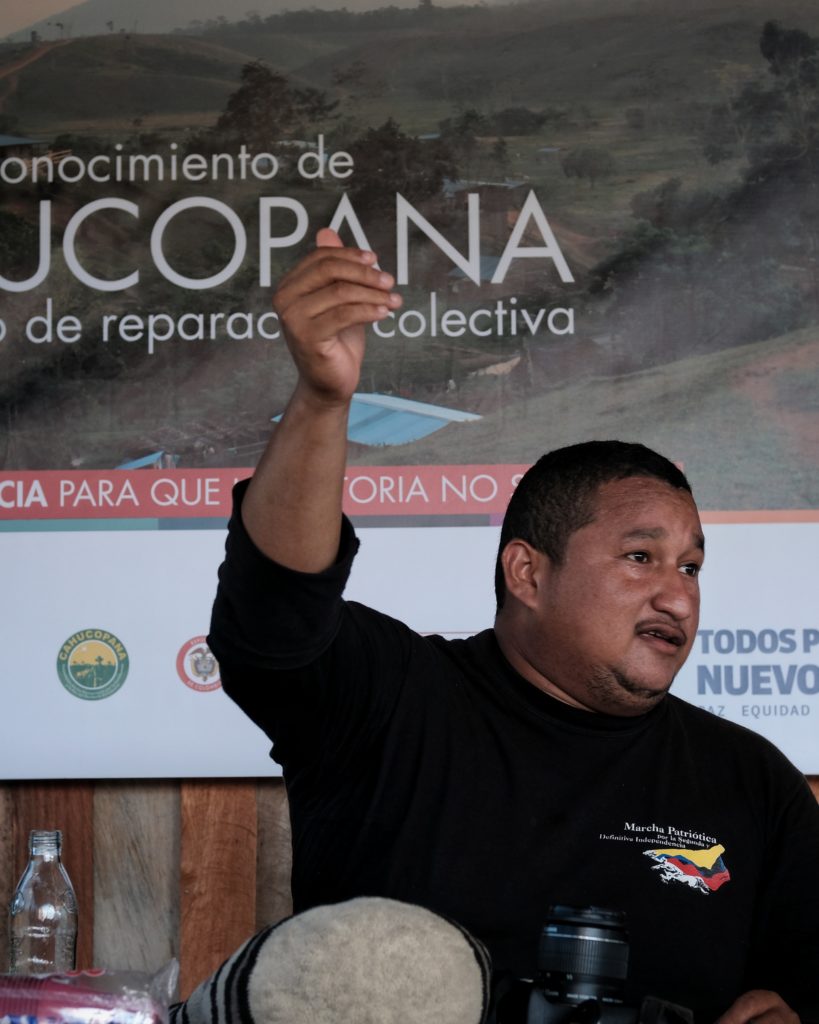 Carlos Morales is a 33 year old Barrancabermeja native, and one of the founders of the Corporation for Humanitarian Action and Peaceful Coexistence of the Northeast of Antioquia- CAHUCOPANA, an organization that works for the defense of human rights, permanence in the territory and dignified life. Since 2005 CAHUCOPANA has been working with subsistence farmers and miners in the municipalities of Remedios and Segovia in the Northeastern Antioquia region that was suffering from a severe economic blockade by paramilitary groups and military operations. Historically abandoned by the government, this region is in a constant territorial dispute between different legal and illegal armed actors, trapping their civilian population in the middle.

In 2013 he coordinated the Grassroots, Agrarian, and Ethnic National Strike in the municipalities of Remedios and Segovia. Because of their work to defend human rights, Morales and other CAHUCOPANA leaders have received threats against their lives and wellbeing. CAHUCOPANA today is a nationally recognized human rights organization and plays a key leadership role in advocating for human rights at the highest levels of government.

On September 29, 2015, Carlos was wrongfully accused of a crime by the Attorney General’s office and spent eight months imprisoned. Historically, this is a standard method used by the Colombian government to harasses and weaken the leadership of human rights activists. 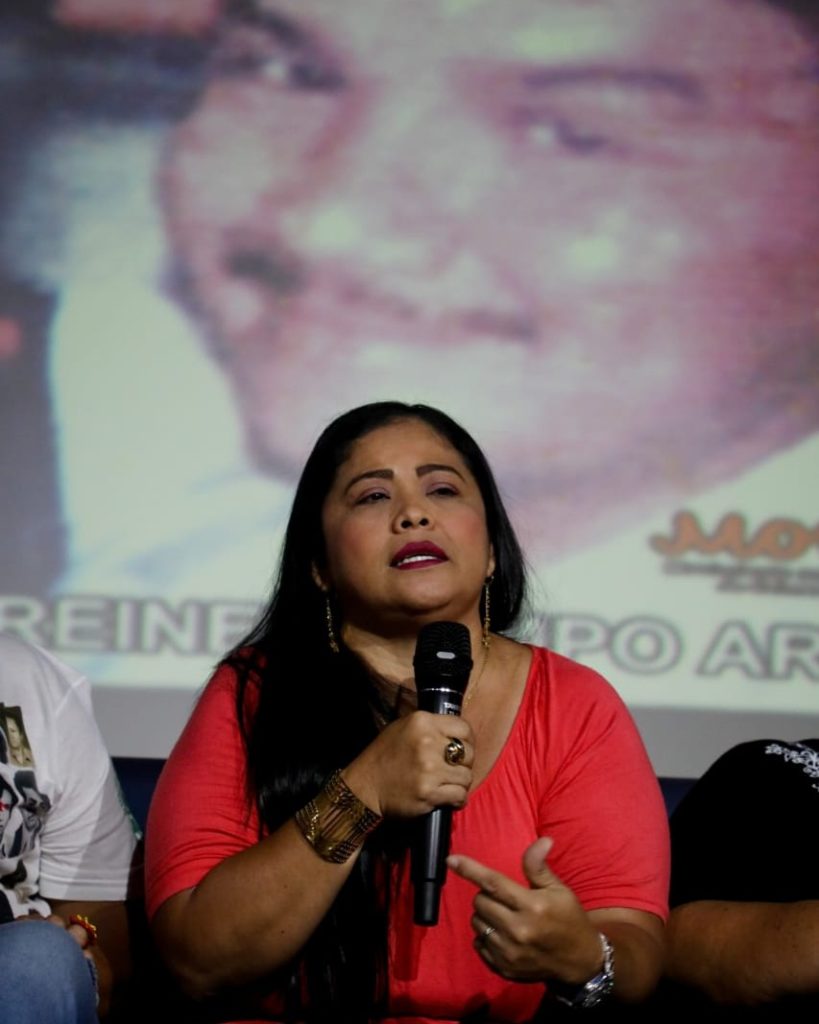 Rocío Campos is 42 years old, single mother, a human rights defender, and a victim of the armed conflict. On May 16, 1998, a paramilitary group assassinated seven and forcefully disappeared 25 persons in the soccer field of the El Campin neighborhood of Barrancabermeja. One of the disappeared was her brother Daniel Campos. This injustice changed her life. She began working as a human rights defender and led the movement for justice of victims of crimes committed but the Colombian government. She is a social worker by profession and coordinates the Movement of Victims of State Crimes – MOVICE in the Middle Magdalena region. She is also the coordinator for the May 16 Collective, an organization of family members of the victims of the massacre of May 16, 1998.

She has been defending human rights and victims of the armed conflict for 23 years. Campos has also been threatened and forcefully displaced by paramilitary groups operating in the area.